We specialise in using an adjustable pressure, low consumption sand jetting system that has been used nationwide for property restoration, including gaining approval for, and subsequently working on, many Listed Buildings.
The links on the left (and bottom of the page) - to 'Sand Jetting' (it sounds much better, and less frightening, than Sand Blasting) will lead you to a page with further details. The system works by injecting water into a blast pot, regulating abrasive into the blast stream - which appears as a gritty damp mist.

We should note that we use 'sand' as a general term throughout the site as this is the typical term that customers use. In fact you need to be very wary of anyone who actually still uses 'sand' - as if it isn't of the right type and contains free silica (as natural sands - like the stuff on the beach - do) this can cause silicosis which is a similar disease to asbestosis.

So... when we say sand we effectively mean 'grit', which could be described as a 'sand like' substance with no free silica in it. 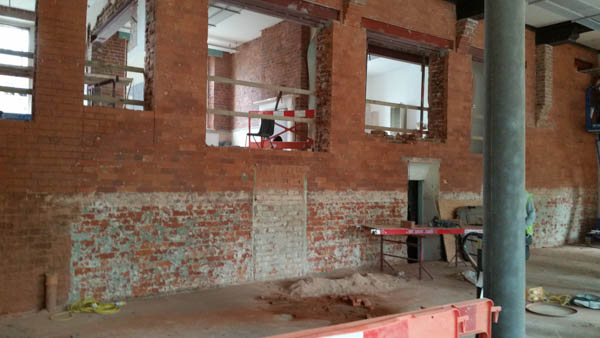 Dry blasting of plaster and render debris from the inside of a Knutsford pub conversion 2017. Typically architects and designers are after a 'sand blasted' look - something that we normally try to avoid!

However, there are occasions where traditional dry sand blasting systems have their benefits too; Generally these systems are more aggressive because, to obtain a consistent flow of sand, the valve on the blast pot has to be wider open compared to our wet system, but the lack of water means that the abrasive and debris doesn't stick to a cleaned surface and so for some internal work, the end result can be less messy. So for some internal tasks we do recommend and use these dry blast pots. 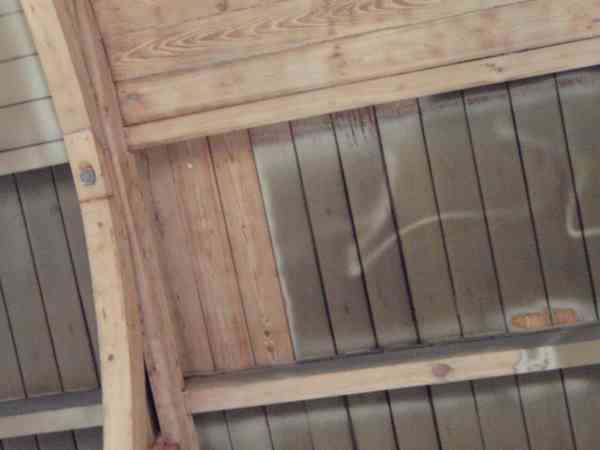 one of the most satisfying jobs we have ever done- apart from that we didn't get paid for it ! - the customer was one of those serial name-changers, closing down companies owning thousands, and starting up under a new name. 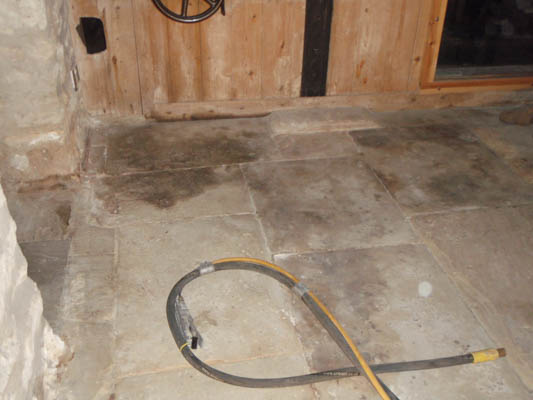 A dry pot being used inside for cleaning a stone floor - Pickering 2009. Note the considerable dust cloud, and the 'significant' ventilation required for dry blasting. Dry Blasting is definitely unsuitable for external use! The fire extinguishers are outside to keep them clean - rather than as a result of a significant fire risk! 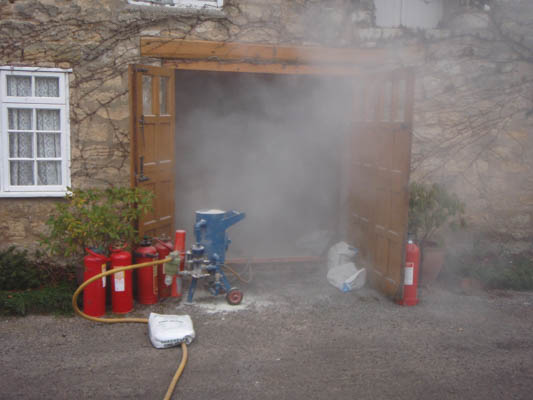 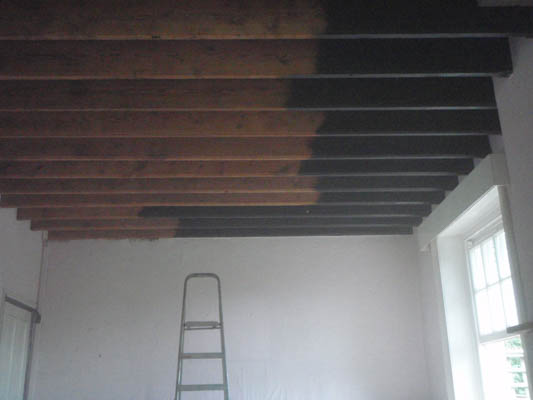 For a job in a listed building Stripping wooden panels, we 'tweaked' our blast pot adding a more accurate dosing valve and a pressure control system, to our surprise and delight it worked very well, and used as little abrasive as our damp machine - this is the configuration we use for most dry blasting jobs since. 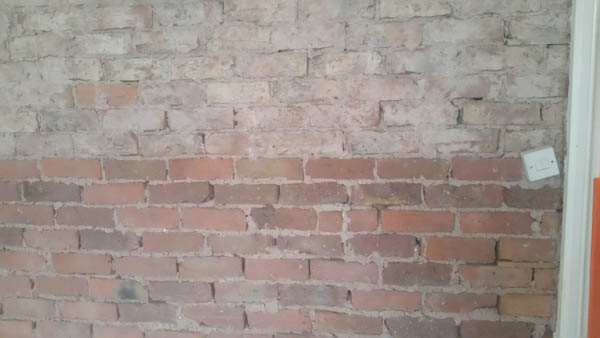 Dry blasting is more aggressive on surfaces than our sand jet machines. this is typically seen on the pointing. 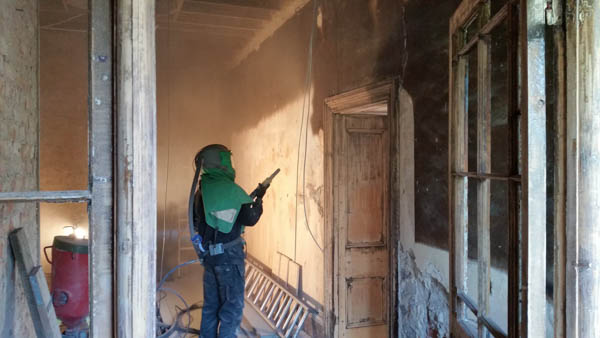 In early 2016 a customer approached us to dry ice blast the soot out of his fire damaged house. When he found what the price was, we suggested that we could try plain dry blasting. after a couple of test patches we continued to remove soot from the rest of the house - successfully removing the soot from the existing plaster and paint.