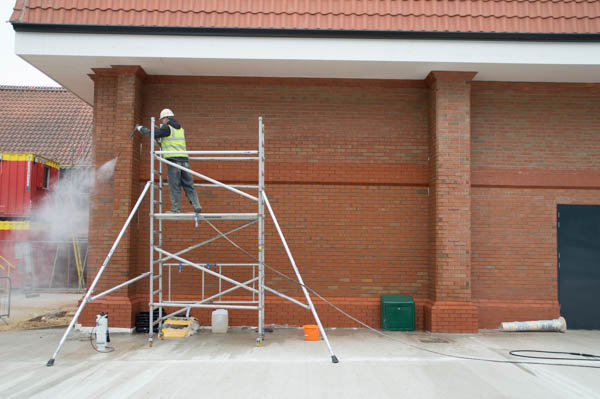 I think it would be safe to say that we don't particularly like doing new build brick cleaning! Unlike most of our works, it is done towards the end of main contractor's contract. This means two things... firstly that the whole site is in a fever of 'completion' with jobs being done everywhere - so access to the bricks can be complicated because the scaffolding has come down, block paving is being laid etc. Secondly there is a risk, as we found with a job in Leeds in 2007, that the end customer doesn't actually want the building, and will go to great lengths to avoid paying for it - to the level of asking for 'just a bit more' cleaning of the bricks.. leaving the brick cleaner stuck between a rock and a hard place!

Typically, as in the picture above, a pressure washer and a bit of brick acid, will suffice. 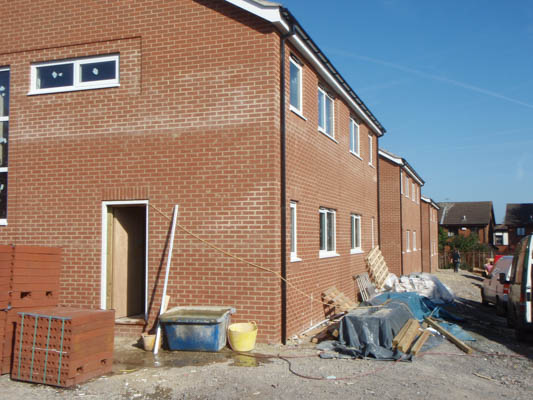 This was a job in Telford, where again the foreman just wanted 'a little more cleaning' to be satisfied - and the risk, that came to pass on this job, that it was pushed too far and pointing damage started to happen. Much mortar staining will go with a bit of time, we can accelerate the process with brick acids and the sand jet - but each and every pass is causing a small amount of excess weathering! 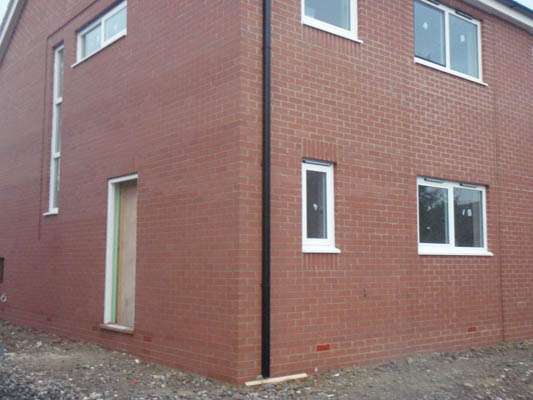 The Sand Jet in Action 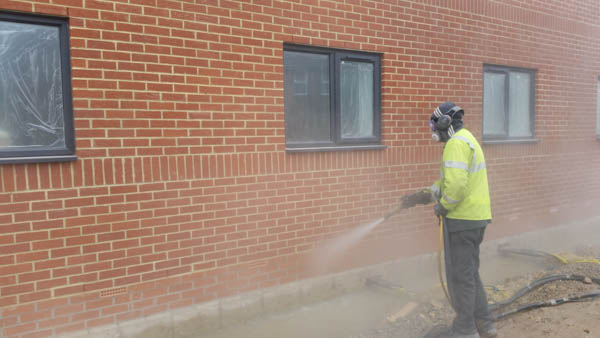 The sand jet does provide a very effective way of removing stubborn mortar - but should be used once and once only on a building - we can see what we are achieving as we go! 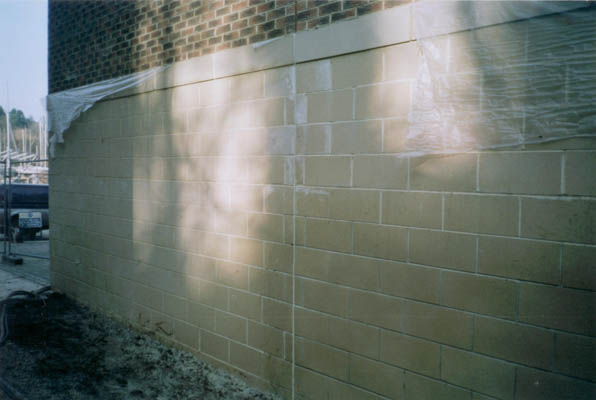 The sand jet can safely and rapidly remove mortar stains from soft surfaces like Artstone. 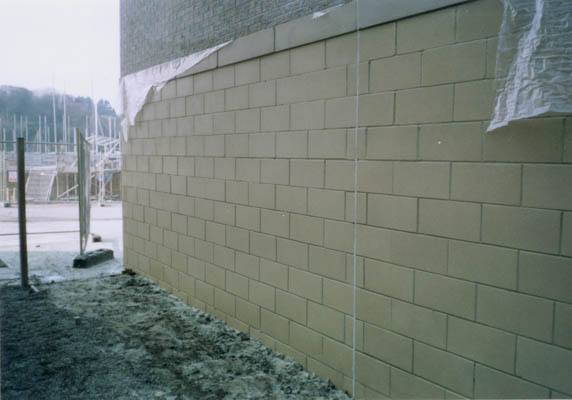 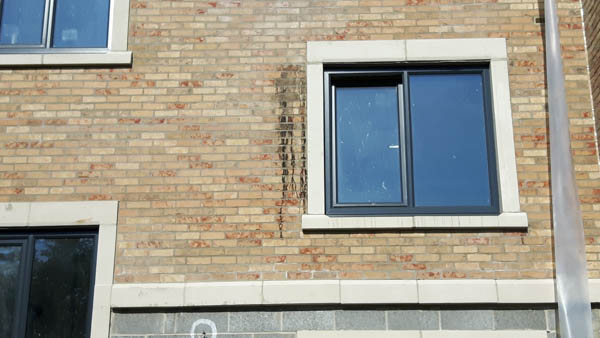 And where the sand jet particularly wins is the ability to remove surface stains, such as this one, from new build! 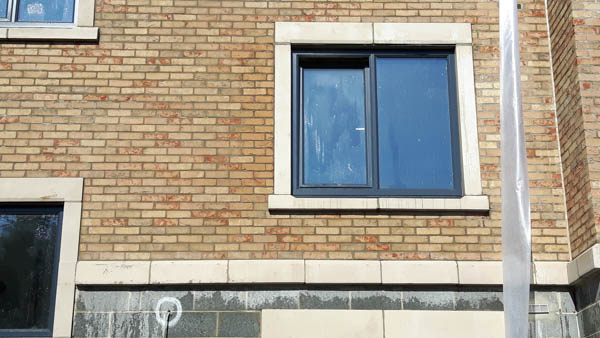