A data sheet on our line marking removal services, a suitable summary for printing is available in PDF format, Playground Marking Data Sheet

We specialise in using a low pressure sand jetting system. This 'damp' system captures line marking material, dirt and abrasive, preventing the health and safety risks associated with dry sandblasting, and with none of the toxic fumes and thick smoke of burning the material off. We can also offer Ultra High Pressure Water blasting line marking removal. For speed, UHP water jet removal is probably the route forward

For Cost.. and for small jobs the Sand Jet wins. Most playground fall into the sand jet camp - but the cut off is about 3 days removal work where the time / speed of the sand jet starts getting overtaken by the speed of UHP... that being said, there are also many instances of the playground tarmac being in such poor condition that Sand Jet is the only way to go.

For accuracy and delicacy - the Sand jet is extremely effective. UHP is something of a blunt instrument - particularly as the removal 'point of impact' can't be seen - and the 'cut' is typically 20cm wide. This does mean that the sand jet can remove one set of overlapping markings, and leave the other set intact.

that is to say - that central spot had to remain at this school in Sleaford. 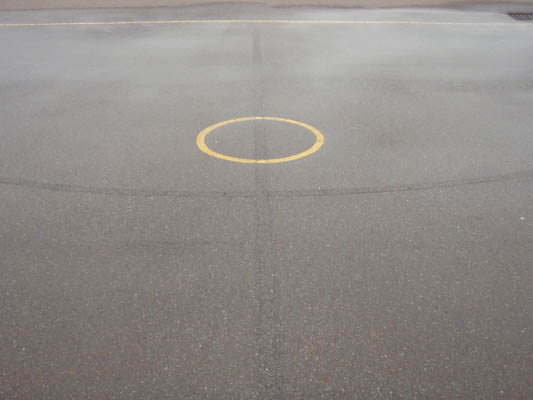 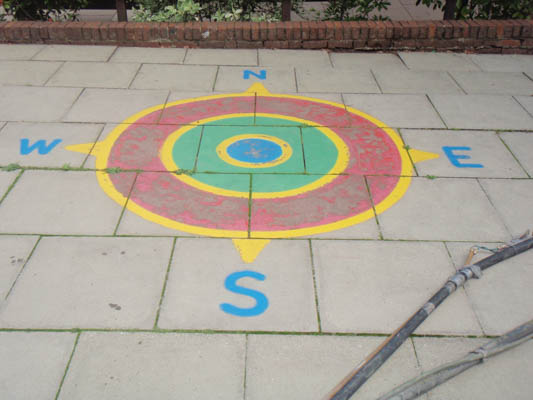 School playground markings a speciality, whether you need the lines replacing, or the whole painted surface returned to a non-slip tarmac condition! 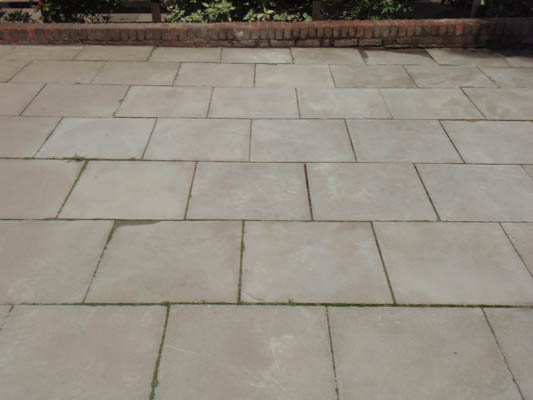 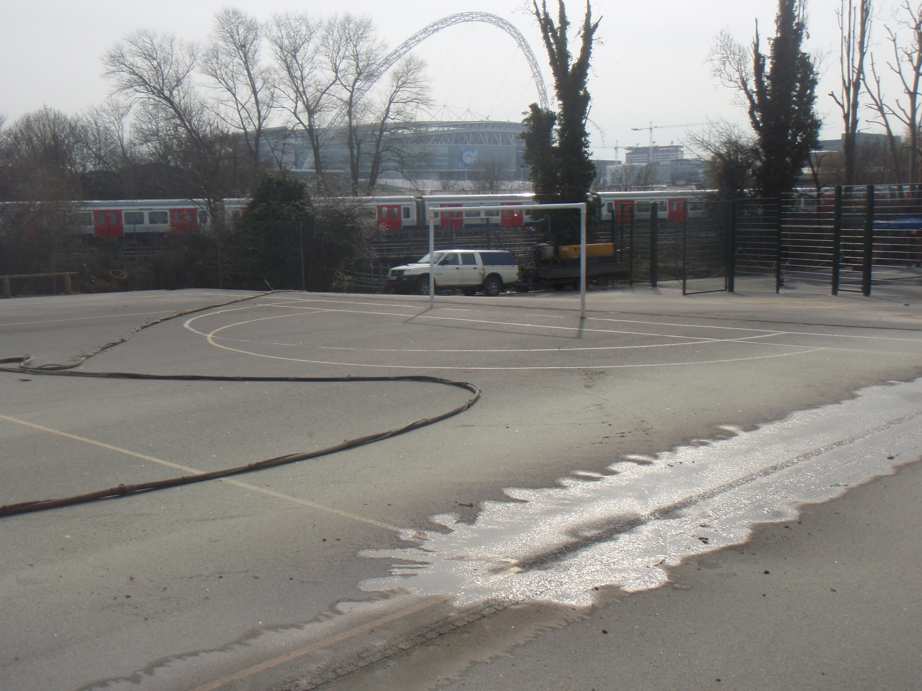 White lines being removed from a playground in Wembley - London, Spring 2013 - note debris fallout - removed in the picture below with a road sweeper. 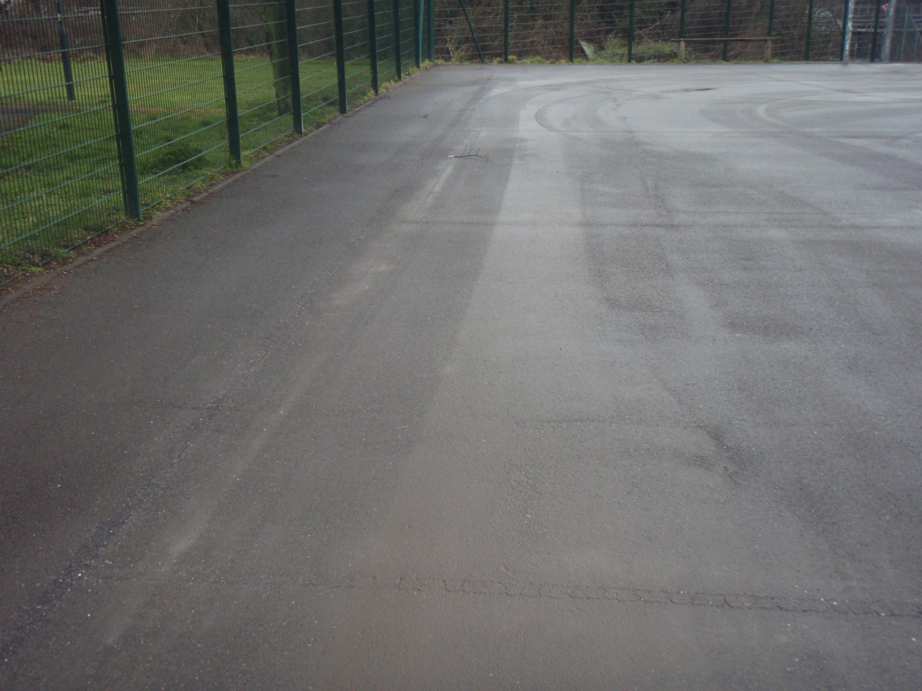 This was swept by a road sweeper - but it is now usual for us to pressure wash the entire surface post cleaning in order to leave a surface suitable for new markings to be laid. This can take a significant time (typically one or two days beyond the removal time) - this does mean that a playground might be out of action for a week while our works are done - and encourages all to do this work during school holidays - but remember - there are only a limited number of school holidays so book early! This is particularly the case when a playground is next to a playing field - and muddy footprints have left mud on the tarmac - if we just cleaned the area we had worked on it would stand out. 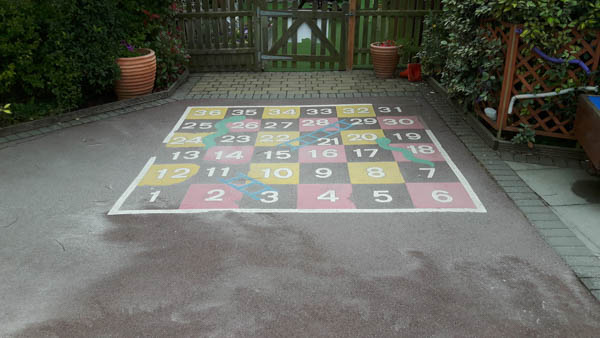 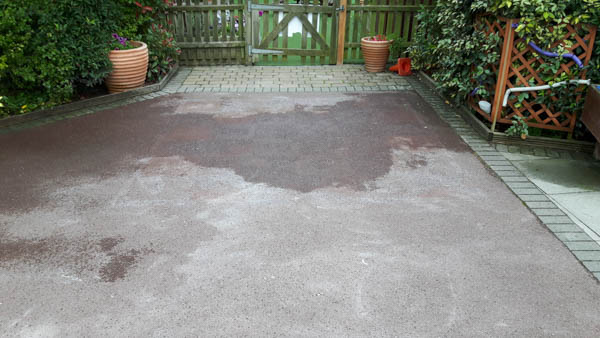 UHP is faster (much faster) and leaves less residue around. It is also intrinsically safer (or at least the way that the machine applies the water to a surface is safer than the open sand jet!) for use around schools. It is however, significantly more aggressive on the tarmac. 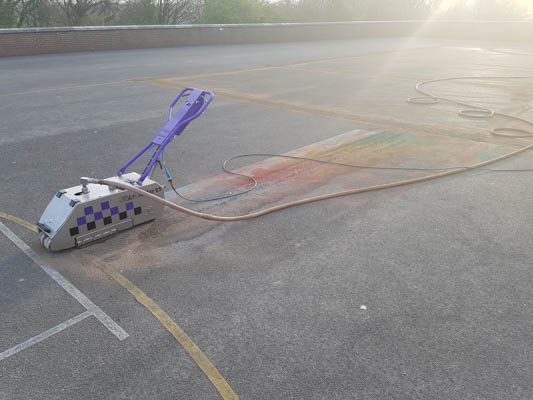 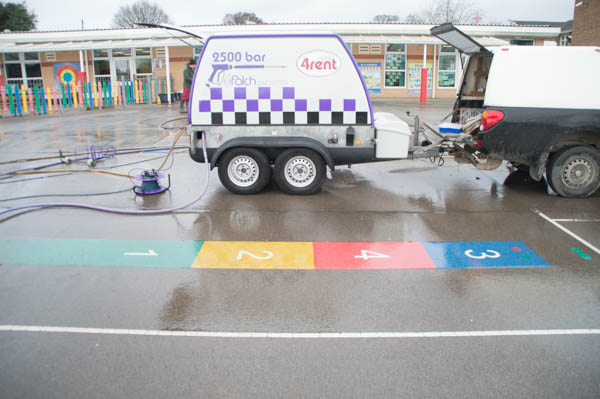 These cricket marks generate a wonderful 'melted rainbow' effect when removed with UHP... as can be seen here (a job in Cannock- December 2015) some cleanup will still be required post UHP cleaning - but at least we haven't added sand to the clean up issue. 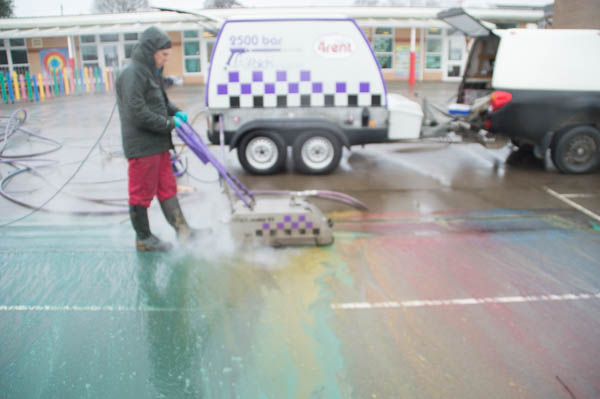 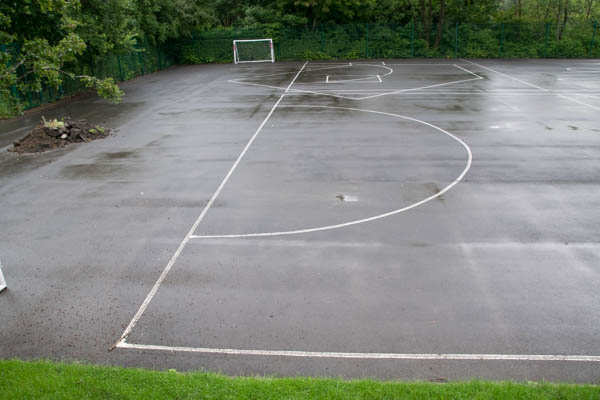 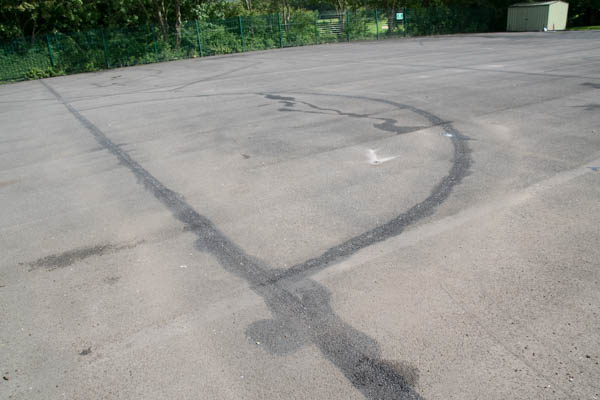 And a set of thin thermoplastic balloons in Swindon - August 2017 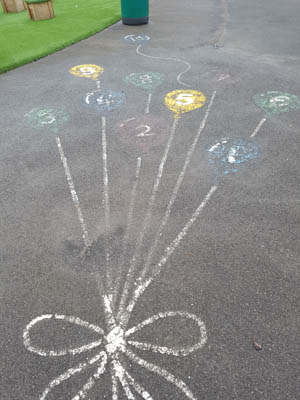 In this case the High Pressure Water didn't manage to remove all the paint on some of the lines and a couple of the balloons - conveniently the Sand jet machine was working at the school just along the road - and we were able to bring it along to finish the job off - A seven day Sand jet job was done in about a day and a half. 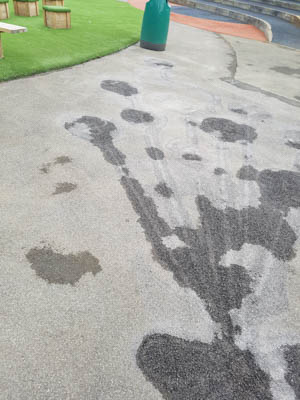